Welcome to the Oh Wonder Wiki

THIS WIKI IS UNDER CONSTRUCTION

Please help by contributing to the wiki!

The Oh Wonder Wiki is an online encyclopedia dedicated to the London-based alt-pop duo, Oh Wonder. Feel free to edit any articles, add information, and/or discuss the band and their music! This wiki is completely fan-based and is in no way associated with Oh Wonder or any related affiliates.

Oh Wonder is an British alt-pop duo based in London, England, consisting of Josephine Vander Gucht and Anthony West. The band was formed in September 2014 when the duo set out to write, record, and release one song a month for a year. All of the songs were released together as a self-titled debut album on September 4, 2015. 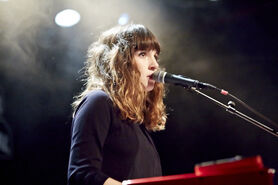 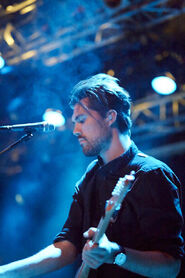 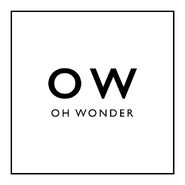 •Oh Wonder have been marked as one of the most talked about international bands of 2015, and tipped for 2016 by numerous blogs and publications.

•All of their monthly releases consecutively reached #1 on blog aggregator Hype Machine, and they were the second most blogged band in the world in 2015, with streaming figures reaching beyond 100 million.

Against The Current Wiki

Retrieved from "https://ohwonder.fandom.com/wiki/Oh_Wonder_Wikia?oldid=194"
Community content is available under CC-BY-SA unless otherwise noted.